Daughter Celebrating Her Mother Wedding after 15 year of Born : Funny Tweet Viral : Love is the life and everything is possible in love. It is not a saying but it is the truth. Recently on social media platform a tweet is viral, in which a daughter congratulates her mother to second marriage. Daughter tweeted that her mother is binding with a toxic couple somewhere 15 years ago and now is settle down with other’s. With the update of social tweet, girl’s followers gave the auspicious wishes to girl’s mom for the golden future and some other’s are blaming that it is the damn of society.

Daughter tweets, ” “Can’t believe mom is getting married GURL U SLAYY,” the excited daughter wrote on the microblogging site. On the twitter girl also shared the Mehandi ceremony images, in which she is adorning herself with the beautiful Mehandi art. In the second tweet girl tweets that “The fact that me and my 16yo brother weren’t in favor of having a man in our family but NOW? WE’RE SO AO HAPPY TO WELCOME A FATHER FIGURE IN OUR LIVES,” the girl added.

In the third tweets that “today the ring ceremony was so good i cried also secretly my heart was litr out idek what am i saying but man she finally was looking so pretty with my new dadda i am so lucky have her as my mother istg im the happiest child to see my mom getting married i have real tears”. It was so exciting the my mother is leaving me alone. But i’m happy and really have joyful tear’s that she will spent her rest life with happiness.

Some of the followers are tweeting the best future auspicious of wedding couple. But some crazy fans are tweeting with joyful tweet updates.

See Also -   Am I in Love?, Take Quiz and Know You are Really in Deep Love 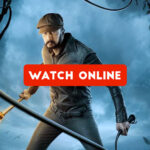