The film is a remake of the 2018’s Vishnu Vishal, Amala Paul starrer Tamil Ratsasan film.

Meanwhile, It was originally titled Mission Cindrella before being changed to Cuttputtli.

The film’s story follows a girl, who is found murdered in a gruesome manner, and Akshay Kumar as SI Arjan Sethi finds out that it could be connected to a previous case. All the research that he had done for his movie script led him to realize that this could be the work of a serial killer And there is hardly any clue.

Soon, another couple of murders occur, with one being a personal loss, which only increases his resolve to catch the murderer. The newbie cop has to track him down before the victim count increases.

Gurpreet Ghuggi and Hrishitaa Bhatt have also worked as co-cast in the film. Let you know that Ayushmann Khurrana was the first approached as lead actor for the film.

Watch Cuttputlli movie in Hindi Full HD online on Disney+ Hotstar streaming service from 2 September 2022 with its subscription plan. You can also download Cuttputlli movie on your device. The streamer, Hotstar allows its viewers to download movie or shows episodes to watch offline anytime anywhere. 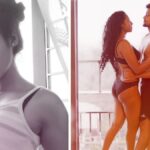 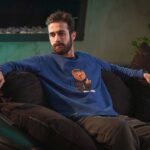